As adults support the implementation process and model the use of system, the concept of ownership however, can easily be lost – as seen when adult’s often carry the device, set up the system, select the vocabulary and determine which locations and activities it will be used in. As such, the concept of ownership is a tricky one as adult’s are necessary to support the implementation and use of AAC.

Recently, as a way of encouraging student ownership and motivation towards a new communication system, a student was involved in the process of programming their personal electronic device. This student was able to follow a visual and text based procedure and could type text. Initially, the speech pathologist communicated with the family to discuss the purpose and long term goal of the system and then the class team began the planning process to identify a suitable app(s), message content, strategies for use, and adult and student roles and responsibilities.

As part of this student’s multimodal communication system, the student was going to use the ‘CanPlan’ app to create their individual daily schedule and carry it with them across different contexts. A visual procedure booklet paired with text was created for the student to follow so that they could be involved in the set-up process. This resource contained screen shots of each sequential step, highlighted key information using green circles and arrows so that it was clear which buttons needed to be tapped, and had brief text on each page so that any adult supporting the student was consistent in their communication. A well-planned visual support which contains clear, key information is a useful tool in aiding a student’s comprehension and independence in a process driven task as they can become familiar with the process and less reliant on an adult prompts to move through the steps. Lastly, all the required visual images were collected and transferred into the iPad photo library so that that the student had immediate access to the required resources.

Finally after all the preparations, the teaching day had arrived. The speech pathologist and classroom teacher went through the normal morning routine of showing the student their daily schedule and then encouraged her to retrieve her iPad. The visual procedure booklet was paired with the iPad and an adult modelled the process using the booklet and existing daily schedule in the classroom. As the student completed each component in their day, they were supported to ‘check’ off the activity on their iPad schedule by an adult providing a simple model. On the second day, the same routine was followed with the student checking their classroom schedule and retrieving their iPad. However this time, the adult sat beside the student and encouraged them to take the lead with referencing the visual booklet, completing the corresponding step on the iPad and turning the page. It was fantastic to see the student remember the steps, complete the process and most importantly take ownership over their system and be motivated to use it! 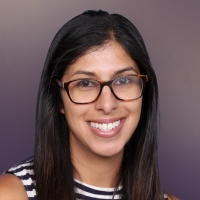 This information has been compiled from the following sources 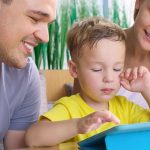